Post elections business wants the EU to take a different, more outward looking approach to policy-making. The private sector’s lobbyng agenda for the next term of the European Parliament and the European Commission until 2019 is the following: 1) The EU must effectively resolve the challenge of high energy prices. The cost of energy must be […] Transparency International EU office released an integrity study on EU institutions. The EU Integrity System report is based on TI’s NIS methodology and has been compiled following research done over nine months, from mid-2013 to early 2014.  We’ve looked at 10 EU institutions in total (European Parliament, European Commission, Court of Justice of the EU, European […] 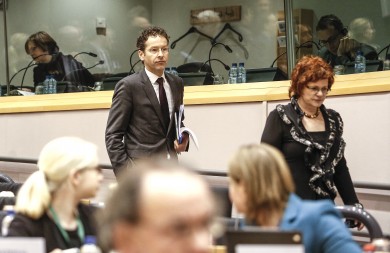 BRUSSELS – The EU’s financial industry spends more than €120 million per year and employs over 1,700 lobbyists to work in the EU institutions, according to new research by transparency campaigners. The report on “The fire power of the financial lobby” published on Wednesday (9 April) by the Corporate Europe Observatory found that more than 700 […]

Measures to encourage lobbyists working with the EU to sign the EU’s public “Transparency Register” were backed by the Constitutional Affairs Committee on Tuesday. MEPs reiterated their demand that the register be made compulsory and meanwhile approved new provisions to push interest groups to make their relations with the EU more transparent. Roberto Gualtieri (S&D, […]