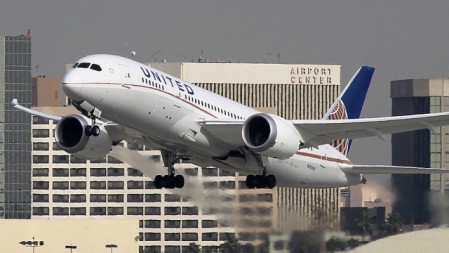 The three largest U.S. airlines — including United Airlines — are all looking for a new top lobbyist at a time when their industry is coming under heavy scrutiny for the way it treats passengers.

Lawmakers are zeroing in on the domestic airline industry after a passenger was forcibly removed from a United flight, suffering heavy injuries. A video of his treatment went viral online.

While much of the heat for the incident has fallen on United, all of the airlines now find themselves on the defensive over their booking practices, with lawmakers floating the possibility of legislative changes.

As it so happens, the scrutiny comes at a time when United Airlines, American Airlines and Delta Airlines are all seeking new leadership for their Washington teams — searches that began long before the scandal.

The position at United, in particular, is of crucial importance now that the airlines executives are being called in for congressional hearings about the dragging incident.

“It’s only intensified the interest and the high stakes of this position,” one person close to the process said, asking for anonymity because he was not authorized to speak on the record.

The searches mark the beginning of a potential shift in the industry in the wake of increased consolidation and growing competition from smaller and foreign carriers.

With rising fees and occasional confrontations angering consumers, Congress is putting more focus on the industry.

Executives from United, which spent almost $3.5 million on lobbying last year, are set to testify in front of the House Transportation Committee on Tuesday in a hearing looking at “airline customer service issues.”

Other companies that will be testifying include American Airlines, Alaska Airlines, and Southwest Airlines.

A Senate’s transportation subcommittee is holding a similar hearing on Thursday — entitled “Questions, Answers, and Perspectives on the Current State of Airline Travel” — but the committee has not yet released a witness list. Its website says the focus will be on “consumer protections and the state of airline travel.”

United Airlines came under fire for a series of events that garnered negative publicity, and tepid responses from its chief executive only increased calls from lawmakers to impose more regulations on the airline industry.

Calls to examine an airline policy of overbooking, which aims to compensate for flyers that don’t show up to their flights and reduce losses. In overbooked flights, airlines will offer travel checks to passengers who willingly give up their seats.

Last month, United passenger David Dao was dragged off a plane, sustaining a concussion and knocking out two of his teeth, after he refused to get off the flight to make room for United employees. (Dao and the airline recently settled for an undisclosed amount.)

United’s top lobbyist, Mark Anderson, was among the senior officials who stepped down in September 2015 after being caught up in a favor-trading scandal involving the company and the Port Authority of New York and New Jersey. He had been with the company since 1997.

The airline was not charged in connection with catering a special route to David Samson, formerly the chairman of the Port Authority of New York and New Jersey, despite the fact that it was not profitable. (Per an agreement with the state, United paid a $2.25 million fine.)

The other outgoing lobbyists also had decades of experience with the companies for which they lobbied.

Meanwhile, at American Airlines, Will Ris retired as the company’s top lobbyist at the end of 2015. Ris, a Democrat, had been in the government affairs shop since 1996, and helped to gain support for its merger with U.S. Airways in 2010.

A search is still underway for his replacement, and that person would oversee the largest lobbying spender among commercial carriers. In 2016, American spent nearly $7.9 million on lobbying, even surpassing the airline industry group.

Andrea Fischer Newman, who helms Delta’s Washington office, announced in January that she would be retiring sometime this summer. She began as the top lobbyist at Northwest Airlines in 2001, and assumed that role at Delta when the two merged in 2008.