The founding of the Croatian Society of Lobbyists was initiated by the need for a joint group that would represent the interests of the profession and work on establishing clear rules and standards for lobbying in Croatia.

Lobbying is often mentioned in the press with negative undertones, and one of the reasons for such a situation is relatively weak to non-existent regulation of lobbying rules and code of conduct in the lobbyist – public institutions relationship. Nevertheless, lobbying gains on importance in the world daily, and the number of lobbyists in political centers is ever-growing. In Croatia, lobbying is at its beginning, and the need for educated personnel and professionals from the field of lobbying is extremely high.

Mate Granić, PhD, a long-time professional lobbyist and owner of Magra d.o.o., was elected first president of the Croatian Society of Lobbyists.

After five years of being president of the Society, Mate Granić became honorary president, and the duty of the president fell to Natko Vlahović.

Since 2013, the Croatian Society of Lobbyists acts from its office on Srebrnjak, where a head of office and two volunteers work. 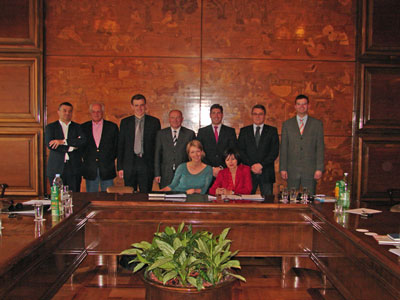 The first meeting of the Initiative Committee of the CSL. 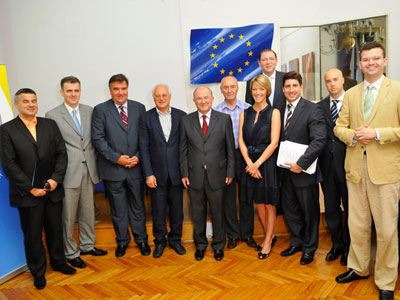 The Founding and Elective General Assembly was held on June 23rd, 2008 in Europe House in Zagreb, where the leadership was elected and the Statute and Code of Conduct of the Croatian Society of Lobbyists were accepted.